By Leith Honda Aberdeen on February 24, 2016 in Lifestyle 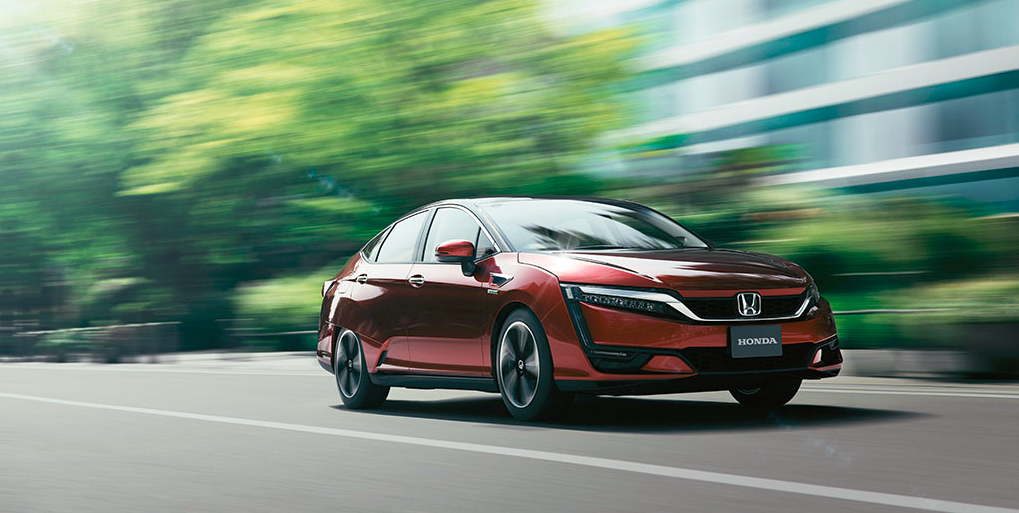 A few months back we wrote a short post introducing Honda’s new fuel cell vehicle: Clarity. Now, Honda has released some new information, a load of new photos, a release date for Japan, and even an estimated price!

Isn’t that just an electric vehicle?

Yes and no. The car will drive, accelerate, and have a range comparable to electric vehicles, but one of the biggest differences will be the charge time. Currently, the fastest full charge time of any electric vehicles is still over two hours, which makes going on road trips pretty difficult.

The Honda Clarity, on the other hand, refuels its hydrogen fuel cell in under five minutes. This essentially solving one of the main drawbacks to owning an electric vehicle, while still giving you all the perks.

Right, but what about the Hindenburg?

When people hear hydrogen, they usually imagine bursting into a ball of flames. Yes, hydrogen is flammable, but don’t forget what the vast majority of us are pumping into our cars on a regular basis. Hydrogen is much better for the environment than gas, and it’s no more dangerous.

You won’t currently find recharging stations for hydrogen fuel cells on every block, but they’ll be popping up before you know it. And with more hydrogen stations, we’ll see a reduced price of hydrogen, and hopefully cheaper fuel cell cars as well.

Here’s what we think it’ll cost

Though it’s still not clear when the Clarity will arrive in the United States, or how much it will cost, we can draw some conclusions from Japan. The Honda Clarity will hit their streets in March 2016 at the price of $63,330. That’s pretty darn pricey, but new technology always is.

Stay tuned for more updates on the Honda Clarity Fuel Cell Vehicle, and let us know on Facebook what you think of the styling! We’re pretty pleased with the design, but what do we know?

Why 68% of People Would Never Buy a Car Online
11 Fun Things To Do in Aberdeen, Pinehurst and Southern Pines